Gerry Nelson was born in North Battleford, Saskatchewan on November 9th, 1963. At the age of 6, he was diagnosed with diabetes. In 1988, at the age of 25, he suffered a “major bleed” in both eyes and his world went dark. He became totally blind. No lights, no shadows. For a period of time, his ears didn’t appear to work either.

Gerry moved from North Battleford to Saskatoon in 1990, to begin his university studies and his competitive blind golf career.

Gerry has since gone on to become the provincial, Western Canadian and Canadian Open Blind Golf Champion and has taken part in tournaments in England, Scotland, Ireland, Japan and the United States.

The sport helped him regain a sense of normalcy in his life. “Until I started playing golf, I was just trying to figure out where I was going in life, what I was going to do,” says Gerry. “When I went out and hit my first bucket of golf balls on the range after I lost my sight, I realized that if I can hit balls on the driving range, I can do anything, and it really motivated me to get up and get going. When I realized that the sport was the closest thing I could do to something I did as a sighted person, golf became therapy, but I became very passionate.”

Gerry developed confidence in his golf game and it rubbed off him as a person.  With that confidence he started thinking there’s a lot more that he could do.

As a child, Gerry had no confidence. “At university, I started to believe in myself.  I had a new identity and I could do all these things such as golf. Golf started it all,” says Gerry. “I could take things that I learned playing golf and apply them to situations in life.”

Gerry is the current President of Blind Golf Canada and a Director on the Board of the International Blind Golf Association.

Despite the fact that he can no longer watch his ball sail off the tee, for Gerry golf is golf. The same things he enjoyed about the sport when he had his vision is what keeps him coming back now.

“Every golfer can relate to this, you hit that one shot that is just right on the screws. It feels so good, and you think, ‘OK, yeah, I want to feel that again,’” he said.

“As well, the sound of the ball rattling into the cup to signify a hole well-played is still just as sweet. That sound is the same. That’s never changed,” Gerry says.

In October of 2021, Gerry retired from his working career after 27 years.  In that very same week, Nelson was diagnosed with a mild case of Parkinson’s Disease.  “After the initial surprise, it was like Deja vu all over again,” he says. “ I will use the game of golf as well as ParaGolf  Canada and Blind Golf Canada as the catalysts that will really keep my going not in my golf career but in life.  I have no plans to quit or slow down and the partnering of these two amazing associations is a perfect fit for me.”

We are proud to have Gerry as a member of ParaGolf Canada! 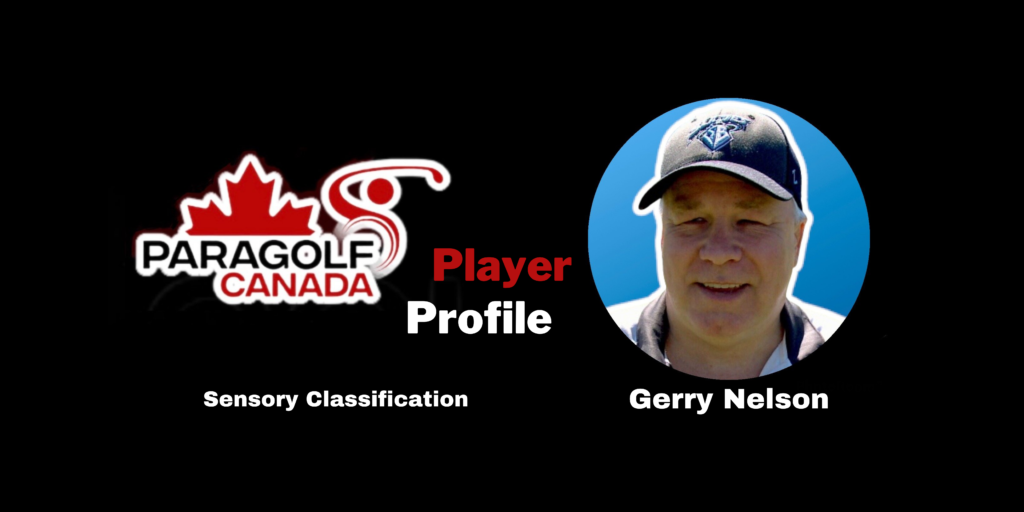 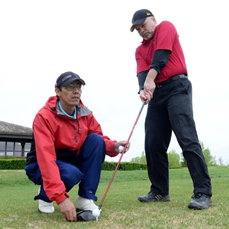 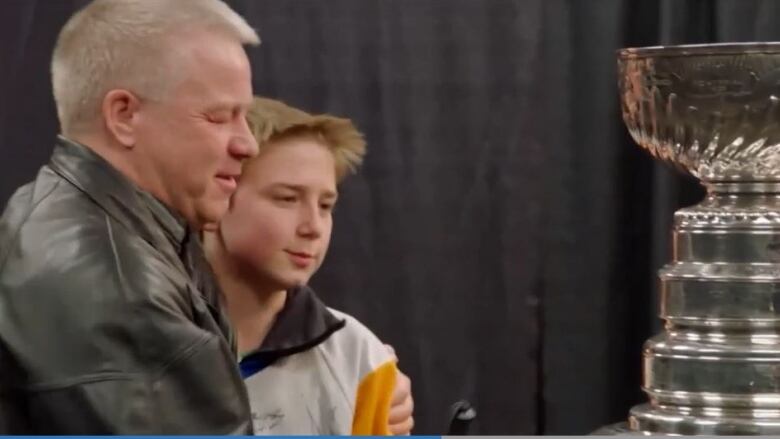 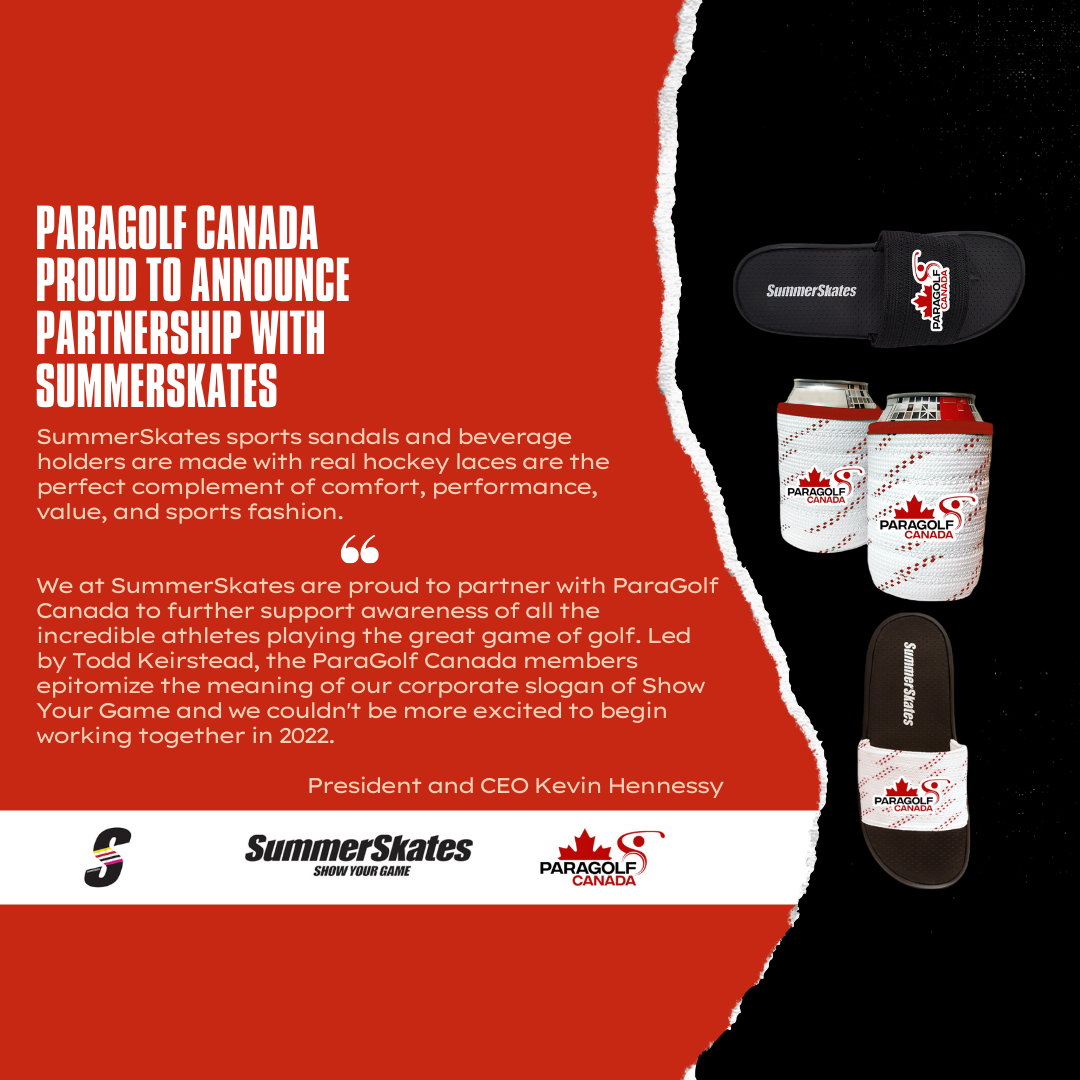 January 4, 2022 – Toronto, Canada   ParaGolf Canada is proud to announce partnership with SummerSkates. SummerSkates sports sandals and beverage holders are made with real hockey laces are the 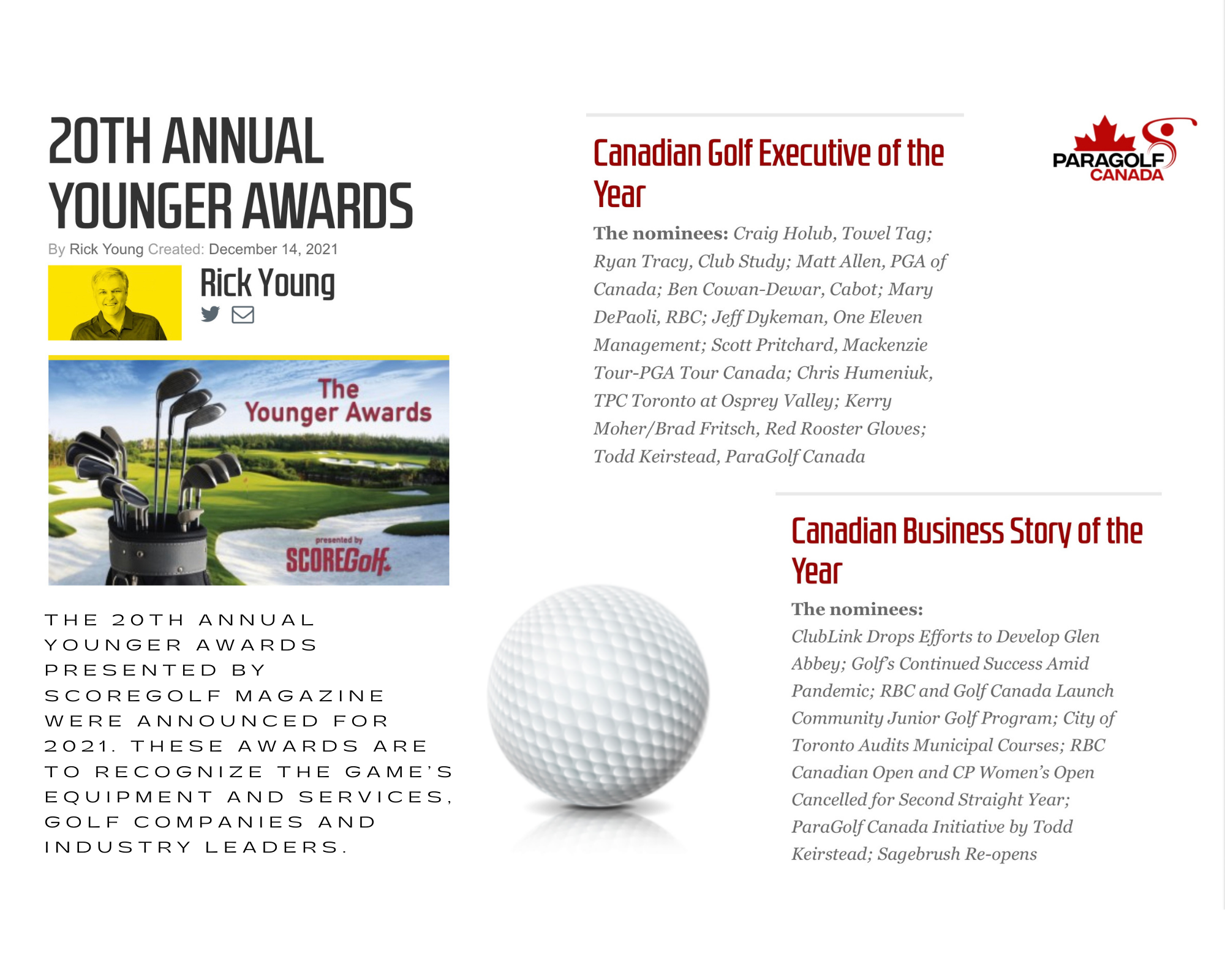 A Huge Leap for Para Golf in Canada 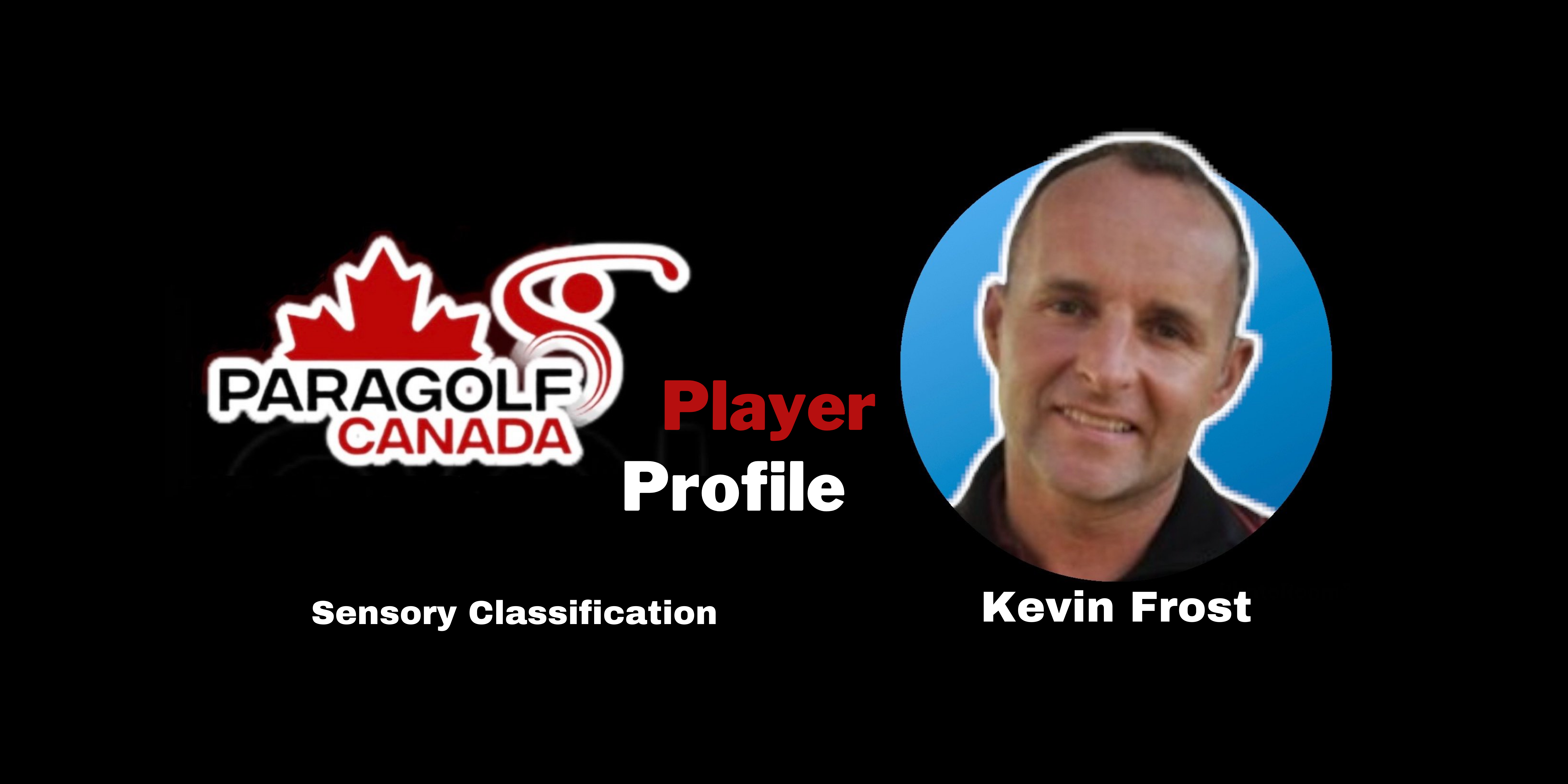 ParaGolf Canada Player Profile – Kevin Frost by ~ Todd Keirstead   Kevin Frost was born in Victoria, British Columbia in 1967. In 1972, Kevin and his family moved to